I read “An Ethic of Excellence: Buliding a Culture of Craftsmanship with Students” by Ron Berger this summer, and it has made me reconsider how I give feedback in writing.

Today, after students thought they had turned in their “Final Draft” they went through an editing exercize where they read another group’s work, then gave feedback. 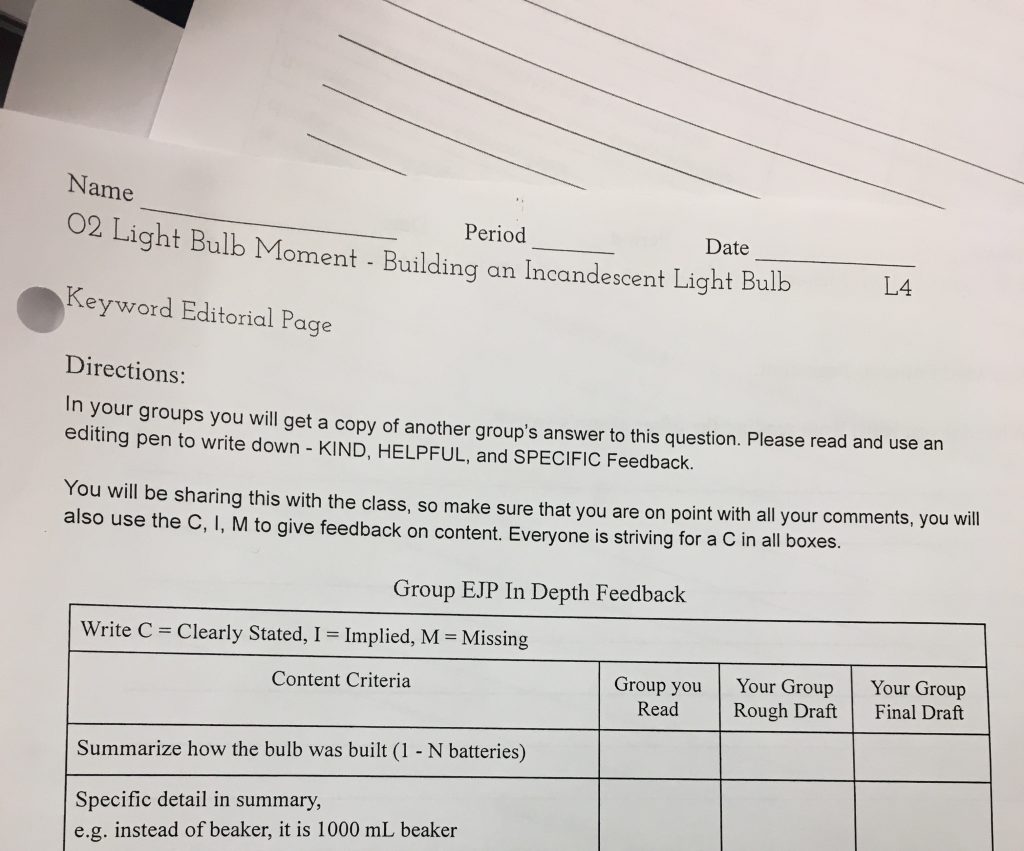 They also had an opportunity to see what good ideas others had so they could encoorperate those ideas or stratagies ino their own writing. Each group of 4 saw 3-4 different papers, 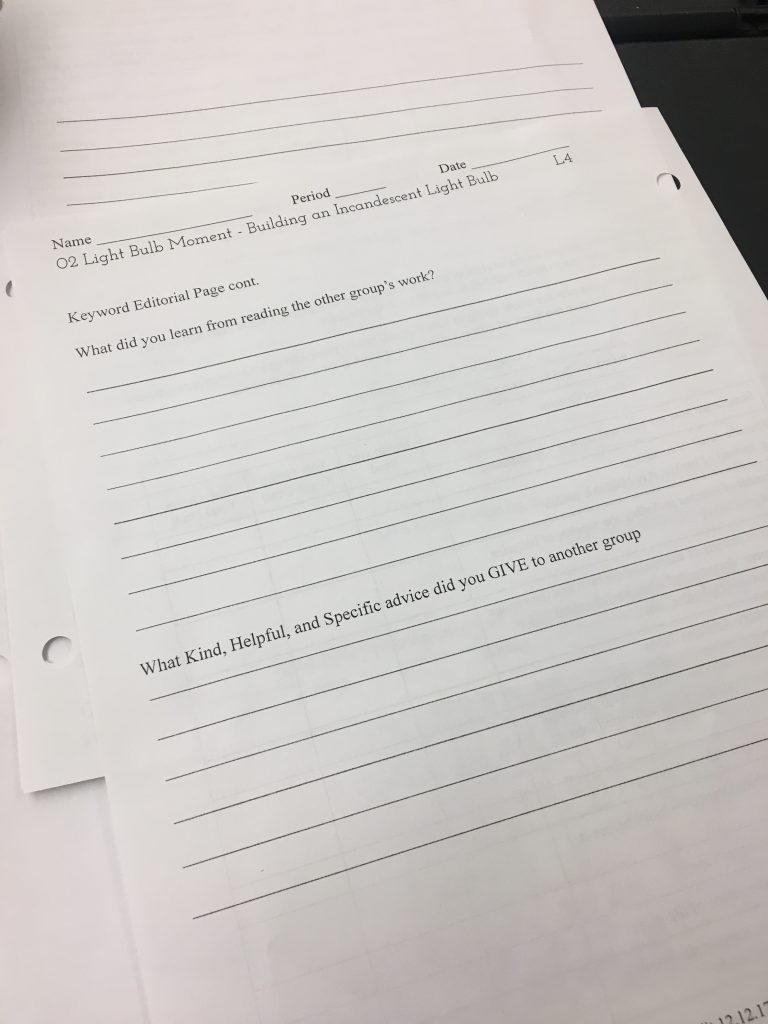 Tomorrow we will have a session where the writing groups get back together and edit their work, before hading in an edited version later in the week.